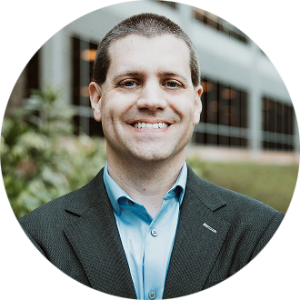 Chad earned his Bachelor’s degree in Business Administration with an emphasis in HR Management from Georgia Southern University. He began his career in technology staffing more than 20 years ago. Beginning as a Recruiter in the late ’90s, Chad worked his way into business-to-business sales as an Account Manager supporting large enterprise customers. He moved into management as the Director of Recruiting for all domestic and international Recruiting teams and then served as the Vice President of Operations and HR. Chad joined Synergis in 2017 as the Recruiting Director where he oversaw all IT and Creative Recruiting. He was promoted to Vice President of Operations in July 2019 and is responsible for overseeing all three Synergis offices.

In his spare time, Chad enjoys spending time with his wife, nieces and nephews and volunteering at church.