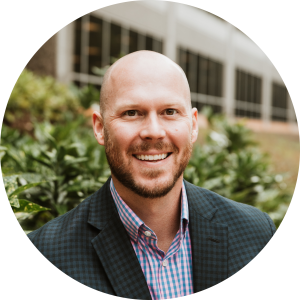 Stephen is a graduate of Auburn University where he played football and received his degree in Finance. His career began with a boutique IT staffing firm before he joined Synergis in 2006 as an Account Executive. Within three years, Stephen was promoted to Sr. Account Executive and soon after given the opportunity to launch and lead sync, Synergis’ marketing and creative recruiting division. While at Synergis, Stephen has earned numerous awards, set new business records and grown sync into a go-to name in the creative talent space.

In his spare time, Stephen enjoys Crossfit, anything sports related and spending time with his family

Favorite Movie Quote: Elwood: “What kind of music do you usually have here?” Claire: Oh, we got both kinds. We got country and western.” The Blues Brothers

Guilty Pleasure: A newly opened bag of Doritos all to myself…