IT Governance is everyone’s responsibility

With data breaches, ransomware attacks and other security risks dominating the headlines lately, it was perfect timing for IT governance to be the topic of this month’s AITP Atlanta meeting. Our speaker and subject matter expert, George Govantes, is an IT professional with more than 20 years of experience in information security, identity management, IT and data governance and risk.

I learned a ton from listening to George, some were just plain fascinating and some of it was incredibly terrifying. He not only spoke about IT governance as a whole but about how to change your company culture to avoid the risks of today’s volatile environment.

Here’s a brief recap, sans (most of) the tech speak.

What is IT governance?

According to Wikipedia, IT governance is a subset discipline of corporate governance, focused on information technology and its performance and risk management. Basically, it’s the processes that ensure the effective and efficient use of IT in enabling an organization to achieve its goals.

So, once you know what IT governance is, George says you should operationalize it. Governance should never be done in a silo. To truly impact change in your organization, everyone needs to understand it and then change the way things are done as a result.

Why should your entire company care?

Simply put, people are usually at the heart of the issues with IT governance. And according to the Ponemon Institute’s Cost of a Data Breach Report, in 2020, data breaches on average cost $3.86 million.  As an IT leader that might scare you – and it should.

One of the most recent security breaches with Colonial Pipeline was due to hackers using a compromised password (aka human error). The company suffered a ransomware cyberattack that impacted computerized equipment managing the pipeline. Shortly after, McDonald’s was hit by a data breach, exposing customers’ personal data. It was quickly contained, but still a nightmare for any business.

I could go on and on with stories of security issues, but you know as I do, there are too many to talk about. It all boils down to this: in a perfect world, everyone becomes part of the security team and the solution.

Symptoms of the problem

As we all need to be part of the solution, we all should know where the biggest vulnerabilities lie. The Open Web Application Security Project (or OWASP) monitors and reports the most common application vulnerabilities. The latest list was released in 2017. Here are the top 10:

Learning from other industries

According to George, IT governance doesn’t have a great track record of learning from other industries. As a result, the same issues keep happening over and over again – malware, ransomware, data breaches, etc. He gave examples of how the aviation and medical industries have learned from their past.

In 1953, Three Comets aircraft fell apart in the air, killing 43 people. The cause – square windows that couldn’t take the pressurization and depressurization while in flight. The solution – round windows that keep planes from disintegrating mid-flight. The discovery after a thorough investigation was a major milestone in aviation safety.

In the medical industry, Ignaz Philipp Semmelweis was a Hungarian physician and scientist, known as an early pioneer of antiseptic procedures. Described as the “savior of mothers,” Semmelweis discovered that the incidence of puerperal fever could be drastically cut by using hand disinfection in obstetrical clinics. And it worked.

The other issue in IT governance is that the current governance models are outdated. And they don’t include the human factor, which is a significant oversight (see the earlier example with Colonial Pipeline).

Problems with current approaches to governance

The key results of this model

Advantages of moving away from the command-and-control leadership model

The ideal IT governance model, according to George, is as follows: 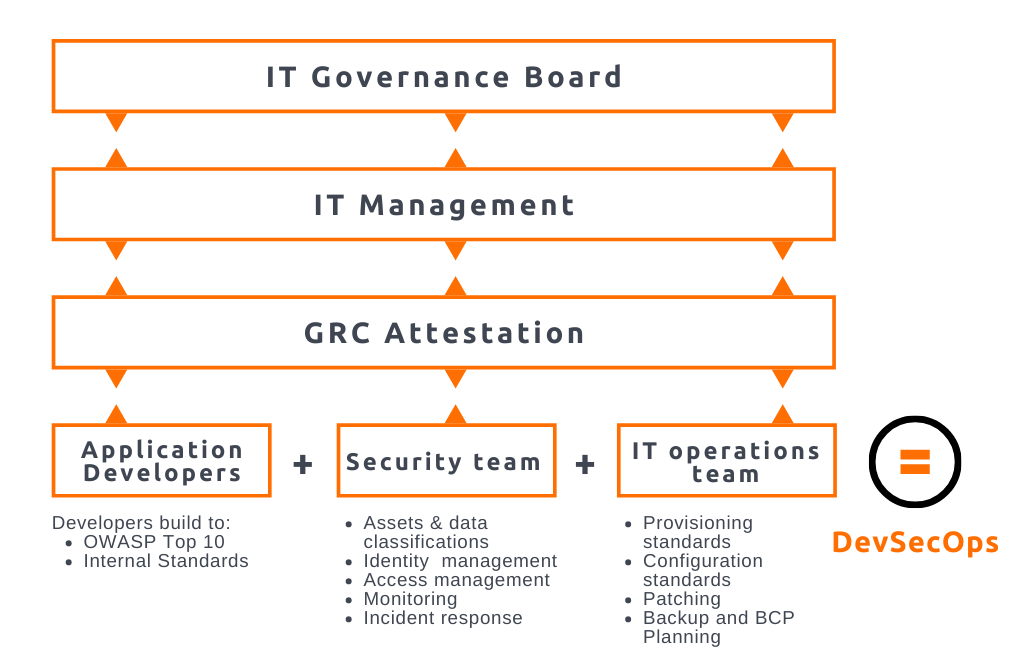 I’ll tell you one more scary story that George referenced to show just how devious these crimes can get. Criminals are pivoting their scams as companies tighten their security.

In 2019 in the UK, criminals used artificial intelligence-based software to impersonate a CEO’s voice and demand a fraudulent transfer of €220,000 ($243,000). The CEO thought he was speaking on the phone with his boss, the chief executive of the firm’s German parent company, who asked him to send the funds to a Hungarian supplier. Whoever was behind this incident appears to have used AI-based software to successfully mimic the German executive’s voice by phone. And according to George, cybercriminals only need three seconds of your voice to reproduce it. Terrifying but true.

Selling security to your organization is very difficult, but it can be done. Companies sometimes spend thousands of dollars on a solution that doesn’t actually do anything for their organization and then sits on a shelf (metaphorically). Understanding what you’re getting out of a tool can end up saving you money. And even spending your IT budget on something useful – like security measures – can have extremely valuable benefits in the long run.

Steven Wright serves as a Senior Account Executive for Synergis and volunteers his time as President of the Atlanta chapter of the Association of Information Technology Professionals. Steve has had a career in technology, spanning more than 25 years.  He has always served in an advisory, and relationship development capacity, working within sales and business development groups for healthcare technology outsourcing, manufacturing, professional service, and, most recently, the staffing industry. In his free time, Steve enjoys learning about new and emerging technologies. This love of tech has helped him aid clients and candidates alike in their career and talent journeys.