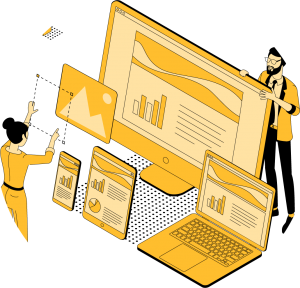 Welcome back to “My creative consultant tale.” As you may recall from part 1 of this series, I was engaged in some competitive interviews for two different jobs. Both were senior user experience (UX) roles. One for an energy conglomerate and the other for a credit monitoring company.

As I mentioned, one of these interviews would result in the job I have today. I had learned my lesson about how consulting contracts often end. I had also gone through my professional transition and promised you some growth and a bit of wisdom. So, let’s do that.

All companies are in different stages of digital transformation, so their adoption of UX is varied. Meaning their interviews are also varied. Late adopters of UX may not have a concise idea of how it fits into their operation. Their interviews are mostly conversations on your background, methods and proficiency. They are hoping to learn something from you as a consultant. So, you must be able to articulate the value of your skills in a variety of ways and in layman’s terms.

Then there are companies with a more advanced application of UX in place. They also want to know your holistic approach to the job and what you might be able to teach them. In addition, there are likely some tests or a bit of homework. Overall, they will have a more definitive idea of what they’re looking for.

I experienced both types of interviews with these companies. Both interviews went very well, and one led me to where I am today.

Which job did I get?

Sometimes, you might have multiple offers to choose from. It would be nice if every hiring manager told you their decision at once, but that will probably never happen. I received an offer from the credit monitoring company and was seriously considering it. Still, I wanted to hear what the energy conglomerate had to say before deciding. I could have had more than one offer. Wouldn’t that be a nice position to be in?

I needed some advice on how to handle the situation. I didn’t want to tell either company something like, “I might go to the dance with you, but I want to see who else asks me first.” That seems rude and they might move on if I made them wait too long. I thought it would be even ruder to accept their offer and then back out for another.  I didn’t want to burn any bridges with either company.

My Synergis recruiter and I came up with the following strategy: I would ask the credit company for a few days to respond and she would press the energy conglomerate to decide quickly. I had to consider the commute. One was as short as 10 minutes and the other could take nearly two hours. I think anyone familiar with Atlanta traffic can appreciate that. But again, I wanted to have all my options on the table.

Alas, the energy conglomerate made my choice much simpler by not offering me the job. With that, I would embark on a very far commute into the world of cyber-security. The commute was worth it though. In this role, I received experience and education that I’m very grateful for today.

Let’s get back to work

The job was to design an application to facilitate the entire cyber-security operation. They desired a system that would enable their different security divisions to intercommunicate and manage tasks that followed their rigorous protocol. The idea was to create their own unique task management system outfitted with many custom features ideal for dealing with threats. So essentially, a threat management system.

For several months, I meticulously gathered bits and pieces of information while iterating a prototype for this threat management system. I spent countless hours discussing intelligence, forensics, counter measures and other security-related disciplines. Every morning, I attended an intelligence brief. Every day I learned a new aspect of this operation and the dubious world it’s up against.

Meanwhile, my contract’s end date was approaching. Overall, the job was going well but there was still considerable work to be done. The company was not at all disappointed by this. They expressed great appreciation for my work. They also expressed a realization of what an undertaking this application would be. They seemed to be questioning if they were ready to develop and integrate such a system.

Regardless of this apprehension, many colleagues felt there was a good possibility my contract would be extended. I appreciated the optimism but, as I learned from my previous contract, a good possibility is not a sure thing. Knowing this, I started a dialogue with my Synergis recruiter a month before my contract’s end date. I wanted to have several other prospects lined up in case my contract was not renewed. I’m glad I did.

As my end date approached, the credit monitoring company ultimately decided it was not the right time to pursue this application. It seemed there were more pressing matters that required the company’s utmost attention. There were no hard feelings. In fact, there were a lot of pleasantries during my final weeks. I was assured I did a good job and would be considered if they decided to recommission the threat management system.

So, where am I today?

At this point, you might be a little confused. After all, I did say the two interviews detailed earlier would lead to where I am today. Yet, I only got one of the offers and was just let go from that role. How does that work? Because I eventually got both the jobs. I was keeping that in my back pocket to talk about a key lesson learned.

Sometimes, when a potential employer says they’ll keep you in mind for future roles they really mean it. The energy conglomerate that once considered me a close-second now considered me their first choice for a new opening. Fortunately, this was right around the time my contract with the credit monitoring company was ending. I didn’t even have to interview again. I was able to transition from one job to the next with almost no downtime.

So, that’s where I am today. It’s actually where I’ve been for three years now. For this energy conglomerate, I have designed applications for its customer service, internal operations, energy optimization and more. It’s not exactly the “startup life” but I’m way over that. In fact, I like to think this organization was one of the coolest startups around a hundred years ago.

After three years, I’m still enjoying the job very much. I genuinely appreciate the many innovative projects I get to work on. The variety keeps the work interesting and my enthusiasm high. In a way, the job has never really stopped feeling new. Yet, the wonderful relationships I’ve established here feel like they’ve existed for ages. My colleagues and I have a pleasant, constructive and honest rapport. I receive ample validation and inspiration from our leadership. I get to be one of the lucky people who can honestly say they love their job – as a contractor.

That’s where I am today.

Matt Byrnes is a Synergis Consultant with 20 years of experience in the design and development industry. Over the past five years, he has worked as a user experience consultant for Fortune 500 companies and the U.S. government. Matt has also worked as a front-end developer, digital marketing manager and journalist. He has three degrees associated with digital media and is full-stack certified. In his spare time, Matt enjoys long walks with his dog, biking, longboarding, cooking and traveling.

Relocating to San Francisco for a job