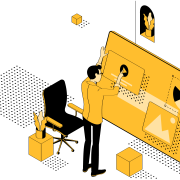 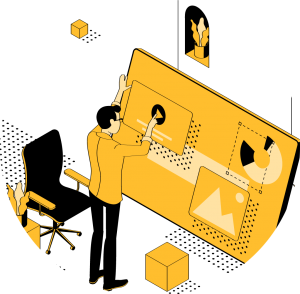 This is a two-part series, written by a guest blogger — one of our current consultants. Check back next week for part two.

As I reflect on my past four years with Synergis and all the years I’ve worked in the design and development industry, I realize that I’ve transitioned, grown and gained a bit of wisdom that’s worth sharing. Over the years, I’ve collected a number of notable lessons that have shaped my perspective as a contractor and creative professional. Some were enjoyable, some not so much, but all were constructive. All these experiences are meaningful in their own way and brought me to where I am today.

There was a time, way back in 2015, when I had to look for work on a regular basis and wasn’t aware of many places I could find it. I was living what I considered the quintessential life of a young creative professional in Atlanta. I was bouncing from project to project in a network of startups, ad agencies and small design companies. I was always optimistic the next job would be right around the corner, even when that corner lasted a month or two. I had a solid network, extensive education, respectable portfolio and was good at tracking job leads. With this, I managed, but I now realize that’s all I was really doing. Managing.

In retrospect, I see that I was stuck in a rut and mindset that many creative professionals get trapped in. It was an idea that I’d only be happy working in the type of environment that’s associated with the ‘hip’ startup or creative agency. You know, the one where everyone’s wearing ironic t-shirts and playing foosball between work hours. That kind of place. I also had this idea that I’d only be happy working on products that would be popular with people like me. Picture the early model millennial wearing the ironic t-shirt. That kind of guy.

My perception of older and more conventional institutions was bleak. Beige cubicles filled with unhappy people dressed corporate casual. I was sure it could not be the type of environment or work I’d find inspiring. I wasn’t sure if these institutions even had much need or appreciation for my skills anyway. I did not want to work for the proverbial ‘man’ and that’s all there was to it. With this, I carried on with the startup circuit and hoped I’d eventually receive a full-time offer. Then a different type of opportunity came knocking.

In the summer of 2015, I was nearing the end of a project with one of the experience design companies that kept me afloat. I was getting ready to look for a new gig among the usual suspects when I was approached by an agency tasked with finding contractors for one of the nation’s oldest and largest consulting firms. I vaguely knew this company had a lot of government defense contracts and one rather infamous contractor who currently resides in Moscow. I had always been fascinated with defense and security, so I asked them to tell me more.

While I was generally intrigued by the job, I also had concerns that it might be the bland picture of corporate life I depicted earlier. The agency explained that this firm, along with many older institutions, created environments that foster creative work and attract a younger generation of professionals. They educated me on the various innovation labs and incubators coming to fruition. With this, I began to warm up to the idea of trading in my ironic t-shirt for a collared button-up. Before doing that though, I would have to actually get the job.

Oh, right. Getting the job.

The job was to create an international travel application for the Centers for Disease Control (CDC). The app would facilitate making travel arrangements along with CDC personnel needs. Additionally, the application had to be extremely lightweight so it could perform in areas of the world that have scarce internet connectivity.

The project lead had a great affinity for user experience (UX) and a progressive vision on product development. This would be one of the consulting firm’s first projects that incorporated UX professionals and an Agile methodology. Because I had spent the few years prior working in an Agile framework, I felt quite comfortable in these interviews.
After jumping through a few hoops to get a security clearance, I was given the green light.

Let’s get to work.

After being onboarded, the team and I got to the task at hand, designing a global travel application for the CDC. Because there was really no predecessor to this application, we had to learn a great deal directly from the personnel of this department. There were many documents, archives and processes that only existed in print and analogue form. It would take a considerable investigation to put all these pieces together in a new digital system.

The work environment was not as physically relaxed as my former jobs. However, the pace of the work was more relaxed. I’m not saying the work was less complicated. It was more comfortable. Large timeworn companies tend to move a bit slower than their smaller counterparts. It’s like riding on a cruise ship vs. a speedboat. The cruise ship may not be as fast and nimble, but it is more stable and a far less bumpy ride.

The job was going quite well. However, I eventually learned not to get too comfortable, even after nearly a year. Because this was my first contract, I was under the impression that I’d be offered a full-time position if I did a good job. Like the contract was an audition of sorts. To my dismay, it was not at all that simple.

In retrospect, I was a bit naive and unfamiliar with how many contracts end. The reality is that, regardless of one’s performance, a variety of factors including budget, workload and indefinite need must align for a contractor to be converted into a permanent role.

Because I was not accustomed to this, I was rather upset to be let go. I saw it as failing the audition or being betrayed by those who told me I was doing a good job. The reality is that the contract was simply over and there was no more need for my services. I did a good job and now the job was over. No hard feelings. It was just business.

This experience taught me how to manage expectations in the world of contracting. In the early relationship between the contractor and agency there is often an abundance of confidence that every party involved is going to get the best possible outcome from the arrangement. Everything is new and exciting. Enjoy it and be positive. Then be prepared for whatever’s next.

While on this hiatus, I was approached by a variety of staffing agencies, including Synergis. Refreshingly, Synergis seemed to have a good understanding of the roles I was best suited for. Many other agencies would push me on anything that vaguely resembles the type of work I do. I’ve been approached by agencies claiming that my UX and front-end experience would be perfect for certain roles. Then I wind up in interviews for highly technical engineering positions. This was not the case with Synergis. They were more familiar with the type of hybrid designer I’d consider myself to be. They also had a few opportunities I found particularly interesting.

One of the roles was for a UX lead with a large energy conglomerate based in Atlanta. Here, I would work on many applications involved in the company’s customer-facing and internal operation. The other was a UX position for a credit monitoring and scoring company. In this role, I would be devoted to designing a single application for their cyber security division. Both had their unique and interesting features. Both also had their own rigorous and competitive interviews. Again, I would be subjected to a series of questions, tests and clearance procedures that I would plainly describe as thorough. Fortunately, it would all pay off and lead me to where I am today.

So, where am I today? I thought I might string you along a bit longer before revealing this and which job I ended up getting. There’s a bit more story to tell with a few twists, turns and lessons you might appreciate. For now, I will tell you that I’m still with Synergis in one of these roles and I’m very happy. I’ve transitioned from a starving digital artist to a gainfully employed creative. I’m over the startup culture and ironic t-shirts. I’m wearing the collared button-up and think it looks great, thank you very much. From here on out, it’s time for growth and a bit of wisdom. I look forward to sharing this and more in the second part of “My creative consultant tale” next week.

About the author
Matt Byrnes is a Synergis Consultant with 20 years of experience in the design and development industry. Over the past five years, he has worked as a user experience consultant for Fortune 500 companies and the U.S. government. Matt has also worked as a front-end developer, digital marketing manager and journalist. He has three degrees associated with digital media and is full-stack certified. In his spare time, Matt enjoys long walks with his dog, biking, longboarding, cooking and traveling. 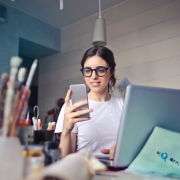 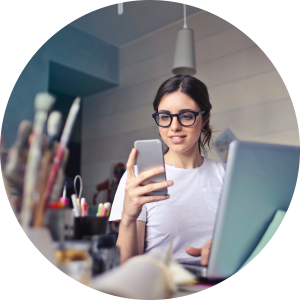 In today’s competitive job market, your resume must make you stand out. With the increase in bootcamp trainings, specialized degree programs and advanced degrees, your background is likely similar to other job seekers. How you present yourself on your resume could be the difference between a call back or a declined application. Follow these simple guidelines to ensure your resume makes you shine. 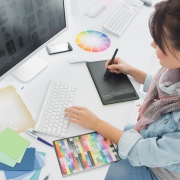 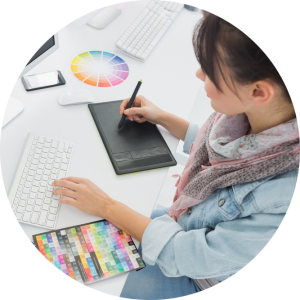 For design positions, your previous work is the key to landing your next job. You need a portfolio of your best projects prepared to help you stand out from the competition. Be mindful of these elements when constructing your portfolio. 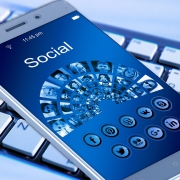 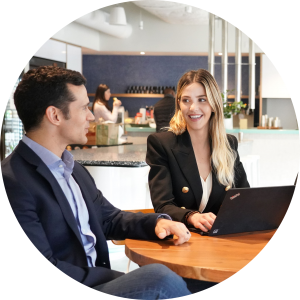 As we begin a new year, let’s take a look back at our most popular social posts of 2019. Drum roll please…

END_OF_DOCUMENT_TOKEN_TO_BE_REPLACED 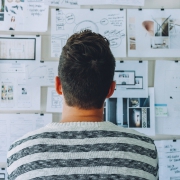 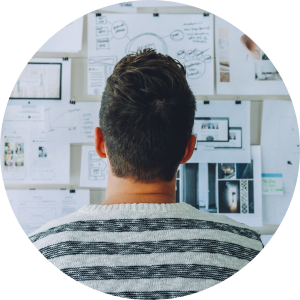 For UX positions, showing off your process is key to landing your next gig. You need a portfolio of your best projects prepared to help you stand out from the competition. Make sure you include these must-haves in your online portfolio.